Almost ten years ago, my father-in-law emigrated to Australia, and we took ownership of his car, his vacuum cleaner, and his cat. This is the cat’s story, as it’s more interesting than the other two.

Missy was about seven and a half years old at the time she moved in with us, and it was a fairly traumatic move, as we already owned two much younger cats, Isis and Pywacket. Missy would fight them both, but she was especially fond of laying a savage beat-down on poor little Isis.

We’d have to separate their feeding areas, but as the years rolled on, an uneasy peace developed between them. Missy had always been an outdoor cat, but we live very close to a busy dual carriageway, so we opted to keep her indoors, another big readjustment for her. 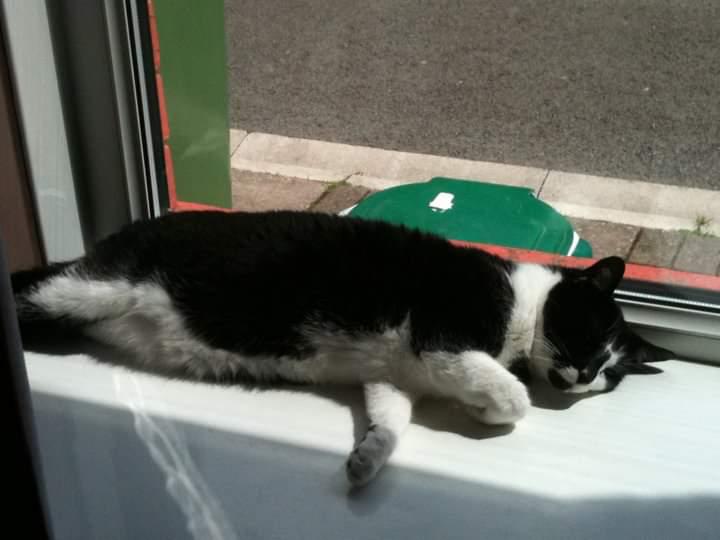 She’d always been fairly friendly toward me, although I was always scared of her razor sharp claws – and my father-in-law would roughhouse with Missy and wind her up so much she was not afraid to use them. But over time, she learned to not maul me, and it got to the point where I could even pick her up and place her on her back in my arms without fear of being eviscerated by her. 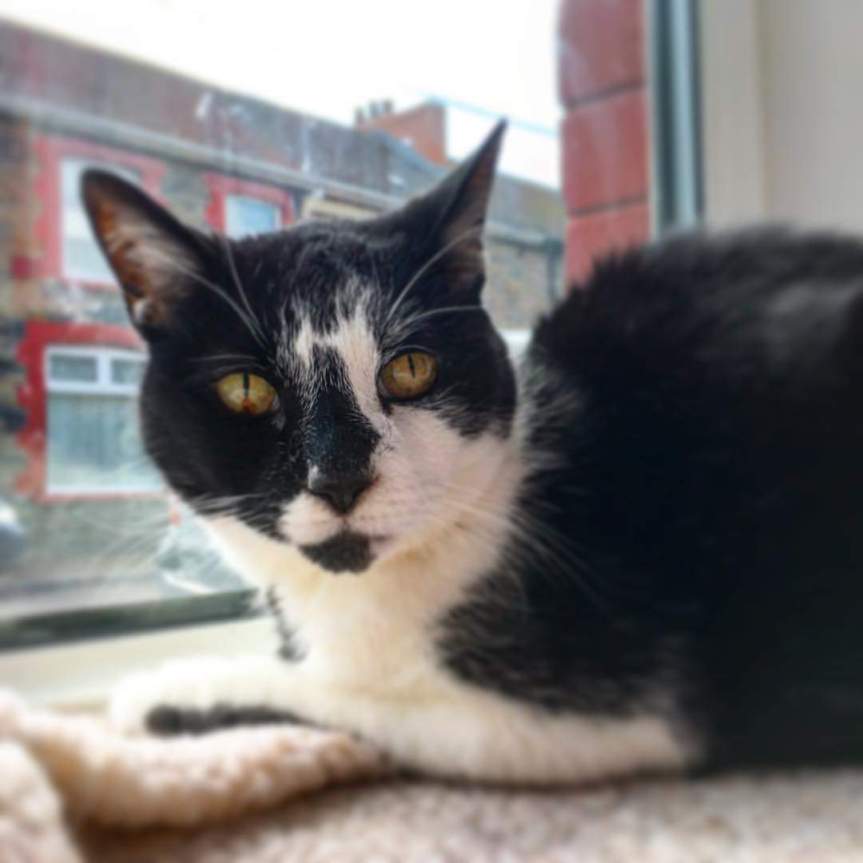 As she got older she started going a little bit senile, always demanding food even though she’d only just been fed, and always lurking around our feet on the mooch for whatever grub she could get. Her claws began to be less retractable, and we got used to the incessant tap-tap-tapping of her constant walking on our laminate floors. I got used to shuffling around the kitchen and keeping my feet as low to the ground while walking as much as I could, to avoid stepping on her. 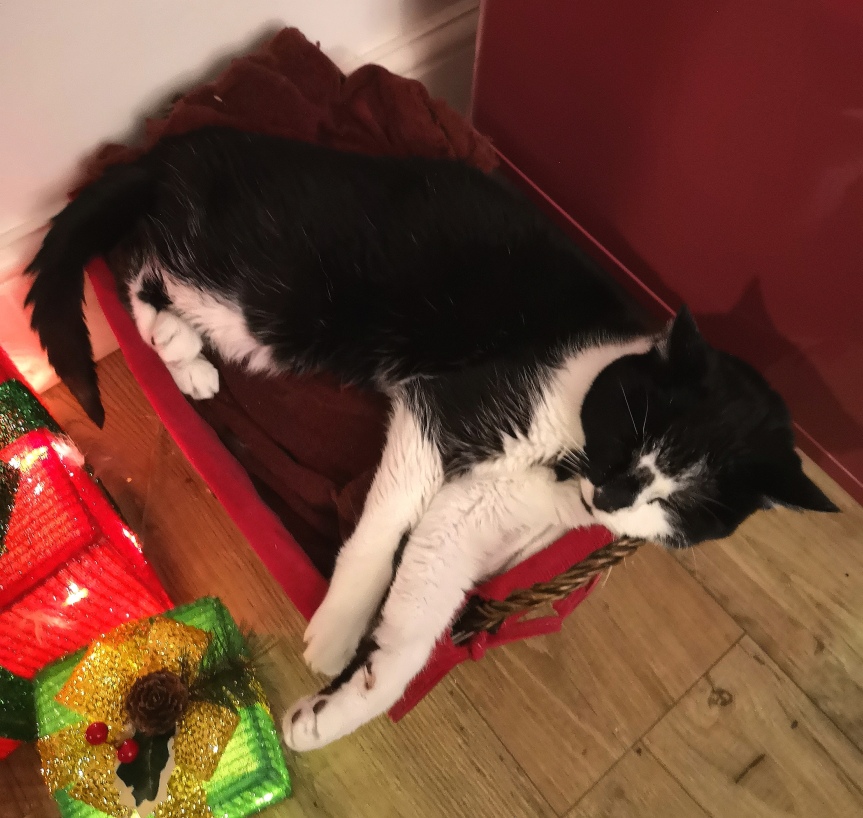 Arthritis crept up on her as she got older, and she jumped up on tall things a bit less frequently, but she still got around fairly well. She’d occasionally escape out the front door, prompting me or Ceri to bolt out after her. We moved a litter tray downstairs for her to make that aspect of things a little easier.

Just before Christmas of 2017, she had some sort of mini-stroke or seizure. Her tail bent over sharply to the left, she staggered walking, and was very quiet. We took her to the vet, and at the time, I was starting to think that this was it, and that’d lose her before Christmas. As it turns out, she rallied, and got better. And that became the story for 2018. She would still have the occasional mini-stroke or seizure, but would brush it off and be back to her old self very quickly. In November of 2018, she had another bad episode, which required another urgent vet visit, and once again, I was sure we were going to lose her before another Christmas. But yet again, she rallied, and perked up. We were glad that we weren’t too hasty in having her put to sleep, because she still seemed to have a lot of life in her.

In the early hours of January 7th, 2019, she had another stroke, this time seemingly affecting her hearing and vision too. She wouldn’t eat, or drink, and simply wanted to hide away. We knew this time, that it was THAT time. I scheduled a vet visit for the morning of January 8th. We tried to make her comfortable, moving her little basket bed to a quiet corner, under the cover of blankets, so she could hide away. I found her outside the basket in the morning, more verbal and responsive than she had been, but very weak, and totally paralysed from her midriff down. We got her to the vets, and we were in the room with her as she left us, with her head in my hand. It was so sad, but we knew we were doing the right thing this time.

I wish I could have explained to her what was happening, and how much we loved her, and how much we’d miss her. And I wish we could explain to Isis and Pywacket where that crotchety old lady cat has gone.

The house feels a little quieter and emptier now. But as sad as her loss makes me, I know that we gave her the best home we could. We fed her, we gave her treats, we petted her and made her purr, and she had a good life. She was 17 1/2 when she died, and we had her for almost ten of those years. Ceri’s parents took Missy in when she was just five weeks old, a survivor of a house fire. So she didn’t do too badly, all things considered. We had two extra Christmases with her at the end, and I’m grateful for every bit of extra time we had with her.

Goodbye Missy. You weren’t my cat at the start, but you absolutely were at the end.

This site uses Akismet to reduce spam. Learn how your comment data is processed.